Kutná Hora is one of the oldest Czech towns in Central Bohemia, surrounded by forests. You can go on excursions and shopping here by ordering a taxi Karlovy Vary Garsia tour or by transfer from Karlovy Vary to Kutná Hora.
Garsia tour taxi time 3 hours. 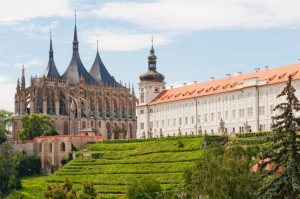 The history of this city began in the Middle Ages, more precisely in the 13th century, when a silver deposit was discovered here, one of the largest in Europe. Thanks to this precious metal, the city was the second richest in the country. After the depletion of ores in the 16th century, the fame of the “silver” city disappeared and Kutná Hora remained one of the typical medieval towns with a rich historical heritage, for which it was recognized as a museum town and is currently protected by UNESCO. The historic city center is so compact that you can easily get around it on foot. Walking through the old streets surrounded by Baroque and Gothic buildings will delight all connoisseurs of antiquity. 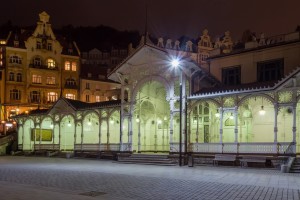 The main attraction of the city is the Cemetery Church of All Saints with an ossuary – the famous Constance. The interior of this place, which admires some and frightens others, but leaves no one indifferent, is made up of the real bones of about 40,000 people who once lived in the city. In the 13th century, Abbot Henry returned from the Holy Land to his hometown and scattered the soil brought from Calvary along the local cemetery. Since then, the popularity of this cemetery has grown so much that there are absolutely few places in it. In the early 15th century, bones began to be removed from graves to free up meta for the new dead. In the 19th century, huge piles of bones were polished and served as material for the creation of terrifying works of art created on a large scale: chandeliers, monsters, family coats of arms of owners, garlands and other decorations. Now this attraction on the outskirts of Kutná Hora is accessible for visiting 7 days a week, so it is advisable to book a taxi Karlovy Vary Garsia tour or transfer from Karlovy Vary to Constance on any day. 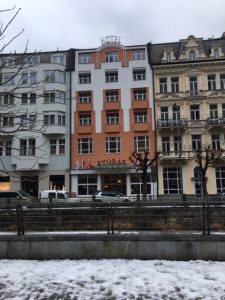 Another attraction of the city is the Cathedral of St. Barbara (Barbara), built in the 14th century in the Baroque style and later rebuilt in the Neo-Gothic style. Inside the church you can see colored stained glass and Gothic frescoes, from the outside many will notice its resemblance to the Cathedral of St. It welcomes you to Prague Castle, only instead of chimeras there are coin sculptures on the building. You can visit the cathedral all year round.

From the observation deck you can see the entire historic center of Kutná Hora: you will see a Jesuit college built in the 17th century and the Church of St. Jacob. It was founded in the 12th century and is known for its southern facade decorated with sculptures of patrons of the Czech lands. 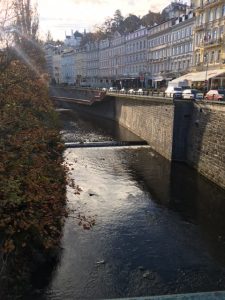 From April to December, it is worth taking a taxi to Karlovy Vary Garsia tour or a transfer from Karlovy Vary to Kutná Hora and visiting the open Mining Museum Hrádek, which is housed in a palace from the 15th century. Here you can learn how silver was mined in the Middle Ages, see the mechanisms and tools of the time, including a huge device for lifting up to a ton of loads from a depth of 200 meters. During the excursion, you have the opportunity to visit a real stone dungeon, to which miners’ lamps and helmets are given to tourists. The museum is closed on Mondays.