As you get a Garsia tour taxi from Karlovy Vary to Baden-Baden, the distance between the two cities is 493 km. driving time 4 hours 30 minutes.
It’s very simple, call 773 477 799 or write to w@garsia-usa.com by filling out an application on garsia-usa.com 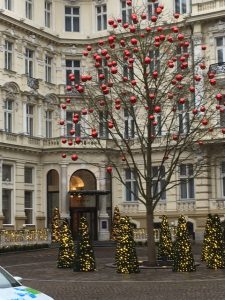 We invite you to visit the charming city of sparkling waters – the city of Baden-Baden. It is called the “summer capital of Europe”, the “city of roses”, the “city of the aristocracy”, but for many people Baden-Baden is just a popular resort, where you want to return, where you want to forget, break away from the hustle and bustle of the eternal race, relax your body and souls. It is a city of beautiful nature and architecture.

To Baden-Baden from Karlovy Vary 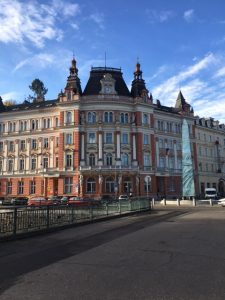 The city of Baden-Baden is located between the Black Forest and the Oos Valley at an altitude of about 112-1003 m above sea level. The climate here is mild, summer starts earlier and autumn lasts longer. Thanks to this, most of the region is covered by a dark green pine forest and the city itself is immersed in the beauty and scent of blooming rose gardens, parks, alleys, streets and vineyards.

It so happened that Baden-Baden is historically associated with Russia. In the 18th century, the successor to the Russian throne, Alexander Pavlovich (later Emperor Alexander 1), married the daughter of the Margrave of Baden-Durlakh, Louis (known to us as Elizaveta Alekseevna). This event opened the door to the German resort of the Russian nobility. Here the Volkonians and Menshikovs, Dolgorukovs and Golitsyns walked under the chestnut trees of Lichtentalská Alley, and Gogol wrote the first chapters to the Dead Souls. This city was visited by many celebrities, not only representatives of the aristocracy and art. Wealthy people keep coming here to try their luck at roulette, because Baden-Baden is also “the most elegant gaming room in the world,” as the great actress Marlene Dietrich called it. 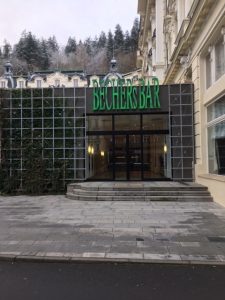 To Baden-Baden from the Czech Republic

The city itself is small, there are no tall or stately buildings, but there are plenty of beautiful and neat streets, mansions and palaces. The most notable sights of the city include the Kurhaus (Spa House) with a magnificent ballroom, where the brightest social events often take place, the casino and the Festspielhaus with a magnificent opera house, by the way the second largest in Europe.

The three-kilometer Lichtental Alley, which stretches along the Oos River, has a special charm. There used to be an oak grove here, but in the 19th century the new casino owner Jacques Benazet turned this place into a real English park. A huge number of different trees and flowers were planted, such as: maple, alder, magnolia, azalea, rose, linden, chestnut – a total of more than 300 species. The alley itself is followed by a beautifully beautiful rose garden with the Josephine Fountain in the middle. You will see not only many beautiful flowers, but also statues, charming gazebos, romantic bridges, meadows and a magical pond with goldfish. The garden is called “Göneranlage” and was created by the talented architect Max Leger in 1909-1912. 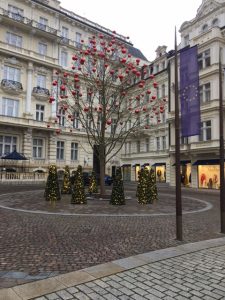 Faberge Museum in Baden-Baden
Baden-Baden, like Karlovy Vary, is known for its thermal springs. However, not every resort boasts thermal baths by natural hot springs. The most popular is the Friedrichsbad spa, built in the late 19th century. Mark Twain described them as follows: “You can find for yourself any tub that has ever been invented – with all the herbs and essences that exist. And all in order to defeat the diseases that afflict man. In ten minutes in Friedrichsbad you will forget about time, in twenty – the whole world. ”

In Baden-Baden, it is also worth seeing the symbolic sculpture of Dostoevsky’s Bare Feet, doomed to seek support forever. The point is that the great Russian writer was very passionate and spent all his money at the local casino. The statue is located near the spa “Caracalla”.

You may also be interested in visiting the Carl Faberge Museum or taking the cable car to the six-meter-high Mercury mountain, which offers a unique view of Baden-Württemberg.
After a taxi ride in Karlovy Vary, the Garsia tour will take you comfortably to Karlovy Vary. 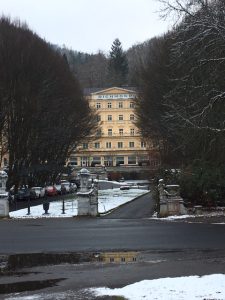