You are here: Home » Private tour to Vienna

They say that Vienna is like an old soul. But one who inspires the old and new avant-garde with the lightness of the waltz. The result is a mixture of magnificent architecture and pleasant charm. 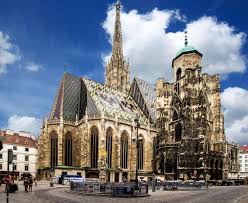 In the historic center of the Austrian metropolis, in the wine-growing villages on the outskirts and on the other side of the Danube: here Vienna offers remarkable architectural structures. Modern architecture harmonizes with historical buildings and creates a unique whole with them. A morning walk along the banks of the Danube Canal will not only make the first rays of the sun more pleasant. There is also the harmonious coexistence of nature, the fresh and playful creativity and heritage of the most important Viennese architect. On the left side – the level of the river channel of soft ripples. To the right, on the stone walls of the navigation, the color of the graffiti shines brightly. And on the way to view the small structures of the world-famous master of Art Nouveau architecture Otto Wagner: Rossauer Landa’s proposals for underground stations and Friedensbrücke of the early 20th century, just emerged from the workshop of this landmark urban planners. In the historic center of Vienna, he creates a harmony of traditional and modern architecture, which shows how historical buildings go hand in hand with modern ones and can merge into one impressive urban ensemble. For example, the Gothic St. Stephen’s Cathedral. On the contrary, it is the modern Haas Haus, whose form consists of glass and steel. Or the Hofburg, the imperial center and the opulent former monarchy of the Danube and against it in the face of the Looshaus standing building, a symbol of Viennese Art Nouveau. Not far from here is the world-famous State Opera House – Staatsoper. And in the immediate vicinity of the Albertina, hides within its walls one of the largest graphic collections in the world, whose image adorns so Soravia Wing -. Striking a modern structure of glass and steel, the umbrella enters the building. 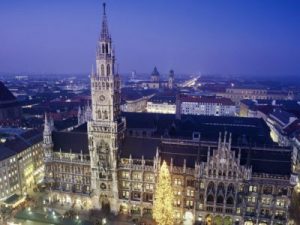 The imperial past will also be felt walking along the space between the monumental buildings of the Kunsthistorisches Museum – Museum of History and the Museum of Natural History – Naturhistorisches Museum. Not far from them, they can admire the extraordinary mixture of history and present. This is implied by the MuseumsQuartier. The set of buildings, the foundation of which is the building that once was 100 years ago as an imperial courtroom, was the modern life of modern life. Its courtyard is now seen as a modern urban living room, surrounded by historic and modern buildings such as the Leopold Museum – Leopold Museum and the Museum of Modern Art – Moderner Kunst Museum. The MuseumsQuartier has become one of the liveliest places in Vienna. People come here to relax, talk or enjoy the sunset. The Vienna area around Charles Square (Karlsplatz) demonstrates a variety of architectural styles: The split of the Wienzeile exhibition pavilion is one of the most important buildings of the Vienna Secession. The baroque splendor of the Karlskirche am Karlow creates an attractive contrast to the world-famous Vienna Musikverein concert hall that has stopped by. The fact that Vienna brings together so many and diverse cultures is thanks to the city’s famous past. As a legacy of the Habsburg era, numerous imperial buildings are placed, among them two particularly impressive castles: the magnificent Schönbrunn Palace with a large castle park and the Glorietta, which once served as the summer residence of the imperial court. Belvedere Castle – the former residence of the Austrian commander Prince Eugene of Savoy – thanks to its luxurious quarters and beautiful park, it is also an equally impressive example of imperial architecture. 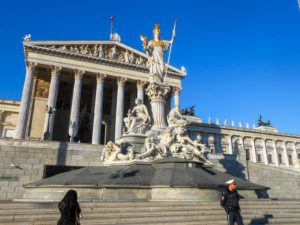 Who prefers modern architecture, you will feel like water in the Donau City area also popularly called “Vienna DC” characterized by its glass skyscrapers. This is the real center of modern Vienna. Here is the modern architecture of glass, steel and concrete. And when the day comes, perhaps everyone will be delighted with the idea of a pleasant evening spent, for example, with a glass of good wine. Wine is not always part of the life of the city, as it is here in any other metropolis. Vienna has the privilege of belonging to its own wine region and therefore to “house” Viennese wine. In addition, combined with exceptional wine architecture. The last stop on the architectural wanderings in Vienna is Vienna-Floridsdorf, namely the “Christ” or “Wieninger” winery.