You are here: Home » Historic Paris

The main sights of Paris, which have been in the city for centuries, will not do without our attention. This is Notre Dame Cathedral and the oldest Parisian shelter of God, the first residence of the French kings – Conciergerie, Paris City Hall, etc.

We will see the elegant Gothic chapel Sainte Chapelle, which was built in the 12th century specifically to store the crown of thorns of Jesus Christ. And at Paris City Hall we will see a wonderful collection of paintings and luxurious halls. Right in front of the town hall is Greve Square, which has served as an execution site for many years, including celebrities. People who had previously bought tickets gathered on the balconies of the town hall to watch the execution process. 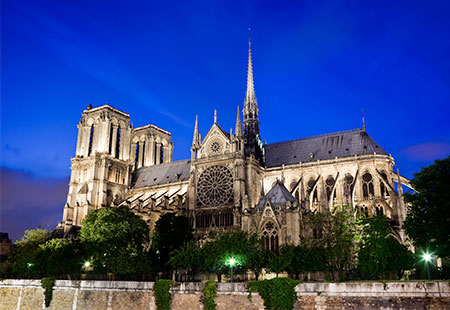 Then we go to the tower of Saint Jacques, where pilgrims gathered who walked the path of St. James to his tomb in Spain. And of course we will see the famous Louvre – a medieval fortress that became the palace of the French kings, and for the last two centuries a large art gallery of world scale.

Many interesting places in Paris are inaccessible to traffic, so our walking tour brings not only popular attractions such as the Arc de Triomphe or the Louvre, but also those that the French do not even know about.

An individual tour of Paris is a great opportunity to gain inspiration and see the city first-hand praised by classics and filmmakers. We will stand in front of the symbol of Paris – the Arc de Triomphe, crowning the Champs Elysees on the Place de l’Estre.

We will also see the Place de la Concorde, the Eiffel Tower, the Place Vendome, the most beautiful old Parisian opera house, the Invalides House built by Louis XIV. And other important places. During a tour of Paris, we will definitely look into the old quarter of the city, which is also called “Parisian belly”, ascend to Montmartre, see the famous Variety Moulin Rouge on Place Blanche and the Gothic cathedral Notre dame de Paris.