You are here: Home » Dolomites in South Tyrol

The most beautiful architectural structure in the world. But they were really built. These are mountains of fossilized algae and coral reefs. For 250 million years, they grew in the warm, ancient ocean of Tethys, and when its level dropped, these bizarre and majestic “pale peaks” appeared, which were strikingly different from the mountains that surrounded them. In 1788, researchers were able to find out why: the mountains of South Tyrol are composed of limestone containing magnesium. They were named the Dolomites after the geologist Deod de Dolomieux. Now they are incredibly popular, the legends of these places are passed on by word of mouth, postcards from South Tyrol with views of the Dry Zinnen peaks fly around the world. 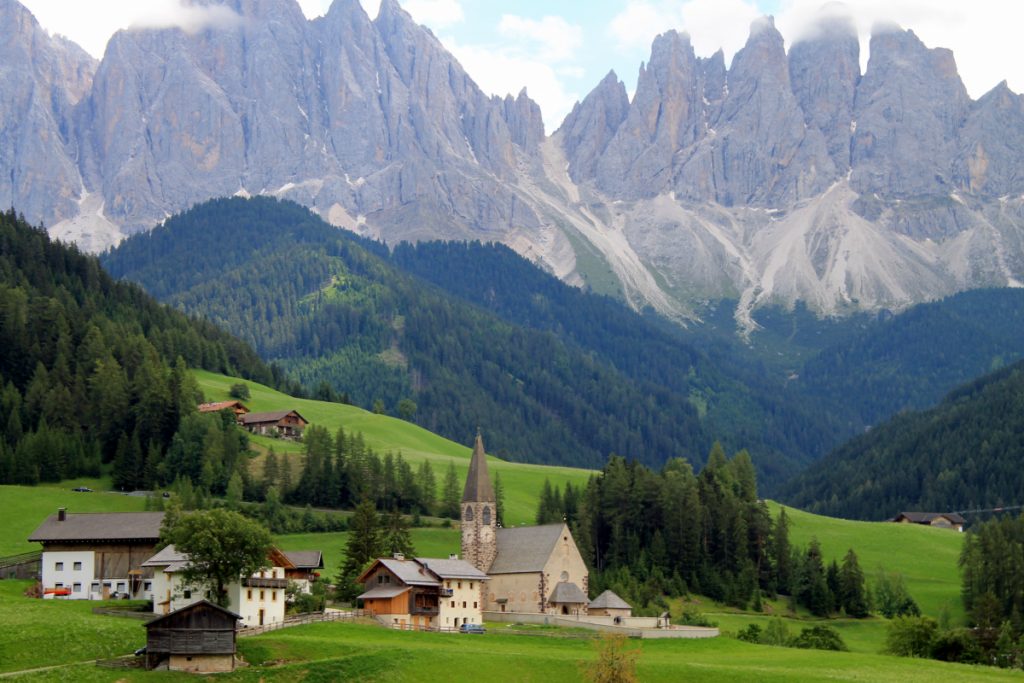 The most significant mountain ranges of the Dolomites include:
Latemar
Latemar is one of the smallest mountain ranges in the Dolomites. The most beautiful and popular view of Latemar opens from Lake Karersee, in the crystal surface of which the mountain range is reflected.
Rosengarten
This is the place in South Tyrol where legends merge with reality. The majestic mountain range glows in the rays of the sunset – this is where the fabulous King Laurin was born.
Dry-Zinnen
Dolomites symbol. The famous group of three soaring mountain peaks is the hallmark of the “pale mountains” and a favorite place of pilgrimage for top-class climbers.
Sellagrupe array
On foot, skiing or driving – it’s hard to imagine a vacation in South Tyrol without a route around the Sellagrupe massif. In summer, popular hiking trails and via ferrata are hiked here, while in winter the Sellagrupe massif is open for skiing.
Geisler
The Puez-Geisler Nature Park got its name from the rocky peaks located on its territory, and the famous native of South Tyrol, Reinhold Messner, studied mountaineering here.
Siser Alm and Schlern
The largest alpine plain in Europe, Siser Alm and Schlern, the messenger mountain of South Tyrol, magically attract travelers and witches.
Bletterbach gorge
Here you can take a trip in the footsteps of the lizards in South Tyrol. The Bletterbach Geopark in Aldein-Radein is an open book on the history of the Earth. 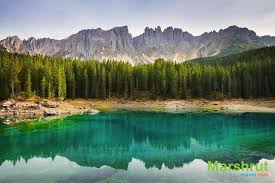 The different manifestation of rocky formations is interesting. The Schlern and Sellagrupe massifs have taken the form of mesas, between which there are wide high-mountainous plains, in particular the high-mountainous plain of the Siser Alm. Their complete opposite is the Dry Zinnen and Rosengarten massifs, abundantly dissected by cracks. The reason for this is the layers of volcanic origin. They erode more easily, resulting in gorges and rounded plains.
The only existing glacier in the Dolomites today is the Marmolada Glacier in the Belluno province.

Name
The name Dolomite Alps (Dolomiten), as well as the name of the mineral – dolomite – comes from the name of the French geologist Deod de Dolomieux (1750-1801), who first described the characteristic rock. Before that, the name “Monti pallidi” – “pale mountains” was common. The Dolomieu described dolomite is a mineral from the class of carbonates with calcium and magnesium content, which is found in various proportions in the whitish-gray calcareous deposits of the Dolomites.
The origin of the mountains of South Tyrol and some of the natural phenomena observed there – for example, the evening fiery red blaze in the Dolomites (natural phenomenon Enrosadira) – are covered with many legends. In the cycle of the Dolomites’ legends, these places are inhabited by fabulous creatures – lunar princesses and dwarf kings.
Today the Dolomites are completely part of Italy and are located in approximately equal shares in the provinces of South Tyrol, Trentino and Belluno. 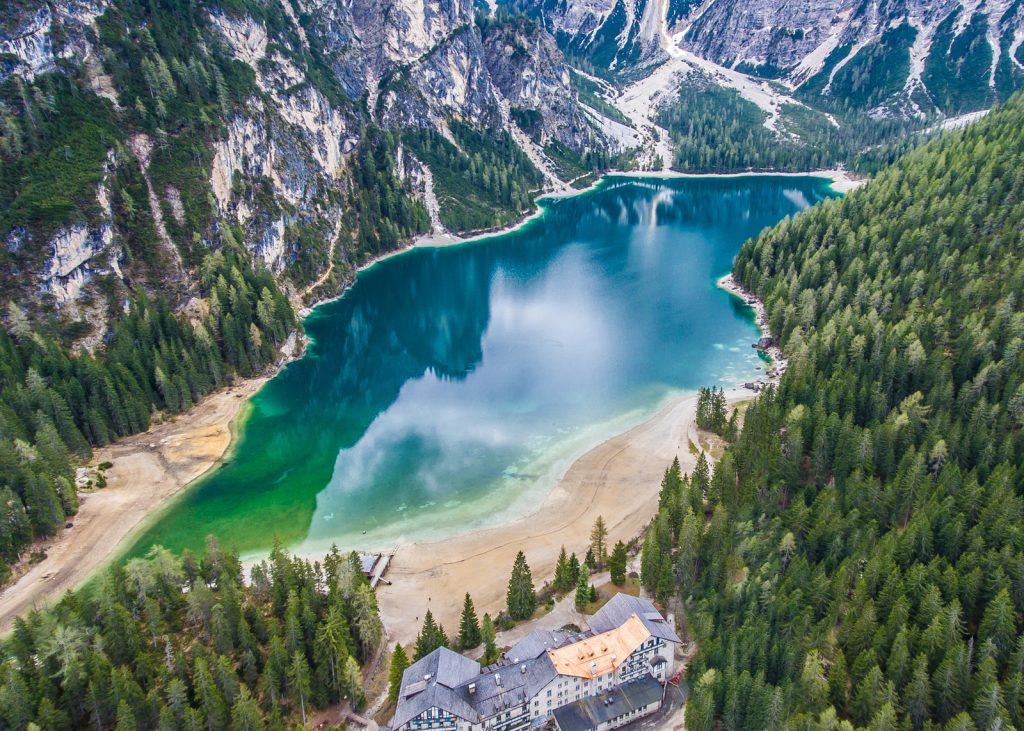