You are here: Home » Dancing House 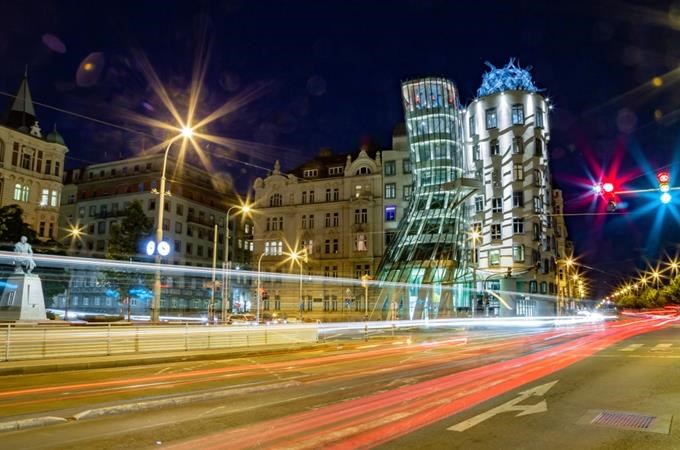 Since 1945 there has been a vacancy at the corner of Rashinovo embankment and Irasek square. The house that stood here on February 14, 1945 (like Emauzi) was bombed by American aircraft when the Americans mistakenly took Prague with Dresden. After the final disposal of the trash in 1960, there was a debate about what would happen here for 30 years under the previous regime.

The Dancing House was designed by Croatian architect Vlado Milunic together with Frank O. Gehry. The building has offices, an elite cafe and a restaurant. The building gets its name from its towers, which are reminiscent of the figures of dancers Ginger Rogers and Fred Astaire. The dancer is represented by a stone tower, and his partner is represented by a glass tower. At the top of the tower, symbolizing the subtler one, is a dome with a metal tubular structure covered with a stainless steel mesh, wrapped in imaginary hair and representing the head of a jellyfish. The Dancing House danced until its opening in 1996 and won the prestigious American Time of the Year award in the category of the year. 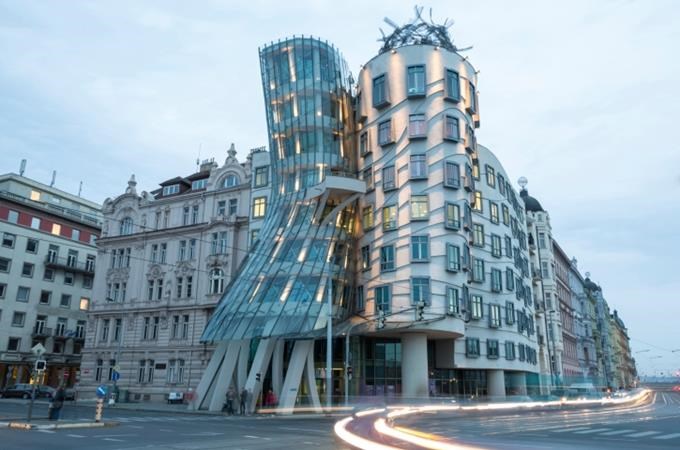 The building has a usable area of 2,965 m2 of office space on 6 floors, a restaurant is located on the top floor and a conference and training can be found on the ground floor of the building. In addition, at the top of the house you will find a panoramic terrace where you can admire Prague and its 360-degree panoramic view. 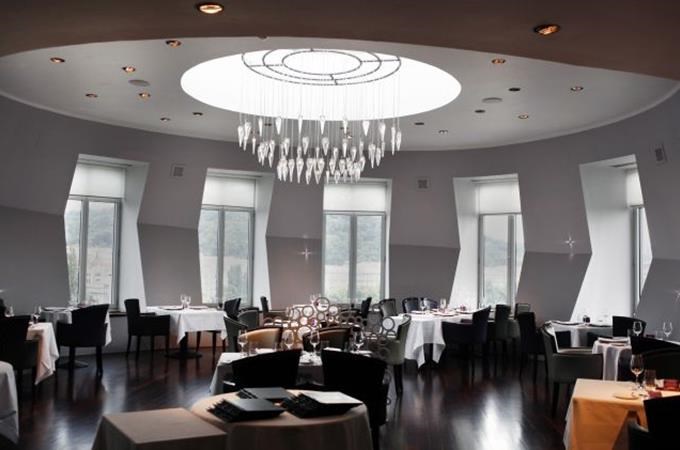