You are here: Home » Beer in Prague. Breweries in Prague

Beer in Prague. Breweries in Prague

Prague is a paradise for beer lovers. The number of microbreweries and specialty beer bars is growing every year, with an endless selection of beer types and brands. Get inspired by a selection of traditional and trendy new venues, and go explore the Prague beer scene. 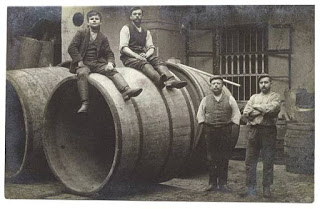 The history of the emergence of beer.
In the Middle Ages, beer was considered a drink for both adults and children – unlike the then drinking water, beer, as a result of boiling, was devoid of pathogens. Also due to its high calorie content, beer was a complementary food; in the Czech Republic even today beer is called liquid bread (Czech tekutý chléb). In those days, beer was considered the drink of the poor, had a lower status compared to wine.
Some Prague breweries have been around for centuries, and if you are attracted to the classics, head to one of the oldest breweries U Fleků, the strongest X-Beer 33 U Medvídků or the specialty U Tří růže.
The history of the Únětice brewery dates back to 1710 and is connected with the life of the picturesque village ěnětice, where you will be taken by bus 355 from Dejvice. Almost all inhabitants of Prague have tasted nětická 10 ° beer and Únětická 12 ° lager. 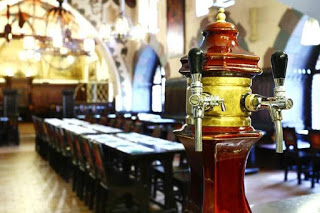 Halo beer
The Prague monasteries in Prague are also phenomenal. Brevnov is the one who bears the name of St. It was restored in 2013 and thus continues the tradition of 993. It is actually the oldest brewery in the country. After a stroll through the mysterious monastery gardens, enjoy Benedict Log in the pleasant monastery pub.
The Strahov Premonstratensians have also been brewing beer since the Middle Ages. The local brewery of the Strahov Monastery was reopened years later in the premises of the former coach house. Beer brand Sv. Norbert is produced by the brewer Jan Martink in many variations.
News on the brewing scene

The U Supa brewery and restaurant continues the long history of brewing. The brewery has a unique glass brewery that you will not find anywhere else in the Czech Republic. The local semi-dark lager Sup is famous. In summer, you can sit out in the pleasant patio overlooking the historic fountain or on the terrace on the lively Celetna Street.
Czechs no longer brew beer only on land, but also on water – a newly opened brewery! On two decks of the original boat disco under the Stefanik Bridge, all the brewery technology is hidden. Beer and great views of Prague Castle are served mainly on the upper deck of the ancient Greek cuisine, below deck, and then in the cold kitchen from the local smokehouse.

In addition to breweries, there are many beer and beer bars in the capital. A varied offer is offered in the beer tasting room Zlý časy. Of the forty-eight taps, there are beers from domestic small and medium-sized breweries, but you can also taste rare beers from abroad.
Also popular is the beer and sausage in Vinohrady, where it offers excellent cold cuts of small gourmet products for filling and bottling. A little further in the industrial area near the Vrsovice train station, the beer bar Zubaty pes was created with a 15-tone audible signal. 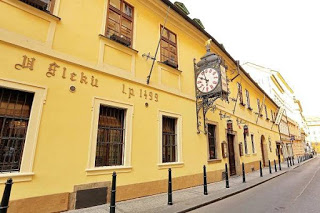 Among the newcomers to the diversified business is the beer bar of the popular Prague beer Beerewer, which is dominated by a room with a faucet of 32 taps, on which rare beers from regional Czech and foreign breweries are painted.
Craft House Prague, a beer and brasserie bar with 27 draft beers and more than 100 types of bottled beer, opened not far from Karlovo Square. The tap features 6 taps forming a separate Imperial Bar where you will find stronger beers such as Russian Imperial Stouts, Double IPAs or Quadruples.
Pivotel MMX
Brewery with hotel and restaurant – the best beer of consistently high quality in the picturesque environment of the Central Bohemian region, in the west of Prague, Lety u Dobřichovice. The modern restaurant with an airy design for 300 guests offers quality Czech and international cuisine and its own beer MMX. The pleasant outdoor terrace has 120 seats. Accommodation for 57 guests.