You are here: Home » A magical Advent evening at the power energy places in Prague, Lucie and Tři Barborky

A magical Advent evening at the power energy places in Prague, Lucie and Tři Barborky

The St. Lucie and Barbora (sometimes they are even depicted together, they belong to the “holy virgins”, so Barborka was on December 4, but we will combine these two strong evenings into one): traditions, charms and magical, mystical places of Prague including lesser known menhirs and fiery cult place of Slavic priestesses. 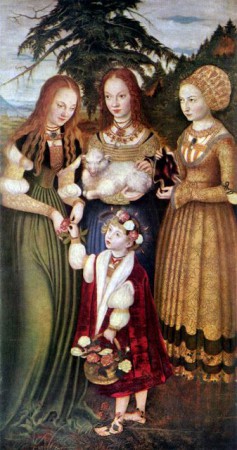 * Do you know why it is said: “Lucie, she drinks at night and does not add to the day”?

* And how does that relate to the winter solstice?

* And why does the name Lucie (Lucia or Luciana, originating in the Latin word lux) fall on this very day?

* And which customs similar to the traditions of St. Nicholas were once preserved in the evening of St. Lucy?

* And that in the year of her martyrdom, more martyrs left our world? And why?

It is interesting that Barborky went three, Lucek six, we will also talk about this walk!

The three of us, Barborka,

we go from a distant land

and we bring you gifts.

Once upon a time, three Barborka people walked through villages and brought children gifts for two days, resp. evenings before St. Saint Nicholas! Later, this “gift procession” was suppressed and the scepter was taken over by another, more male trinity, Nicholas with an angel and a devil. Eve and St. Barbora has always been considered magical and magical, not only in Czech folklore.

The most famous of the temples of St. Barbora is located in Kutná Hora, but we also have places in Prague that are dedicated to her and some of them are entwined with secrets, legends and mysterious stories that we will tell about. Come and specialize the time of Advent, which abounds in more magical dates, and embark with us on an experiential, magical walk, during which we tune in to ancient, lesser-known menhirs, power places of Slavic fire priestesses and visit places associated with St. Barbora, which are also magical in themselves, with a strong vibrational frequency. As almost always, we harmonize with the vibrations of the places visited, even through magical scents, and maybe even magic cards.